Very simple yet powerful. Metalsmith is like gulp but made for static website/content.

Drag a window up to the menubar to maximize it, or drag a window to the side to resize it to the corresponding screen half.

Installation script which is cumbersome, not very easy to use and sometimes goes unmaintained but you don’t know about that yet and ended messing up your VPS file system.

In this post, I will show you how to setup rtorrent/rutorrent with Docker. It’s rather easy and requires minimal knowledge about Linux in general.

Grab a KVM VPS from RamNode

I’m going with RamNode here but you can use any VPS provider you want. Be sure to select KVM because Docker is going to require a rather new kernel so OpenVZ won’t work. I select Ubuntu 14.04 in this tutorial. To make it easy to follow, you can do the same.

After finishing the payment, you will get an email containing your VPS information. You can perform some simple initial server setup to secure your VPS after this.

You will need to secure your rutorrent installation so that noone else except you can access it.

Now we are going to use the Dockerfile made by diameter to simplify the whole process of setting up rtorrent/rutorrent/nginx. If you want to see the source code, you can check it out here on Docker Hub.

Let docker pull and build for awhile (1,2 mins at most) and you can navigate to http://<your-server-ip-address>:8080 to start using rutorrent. 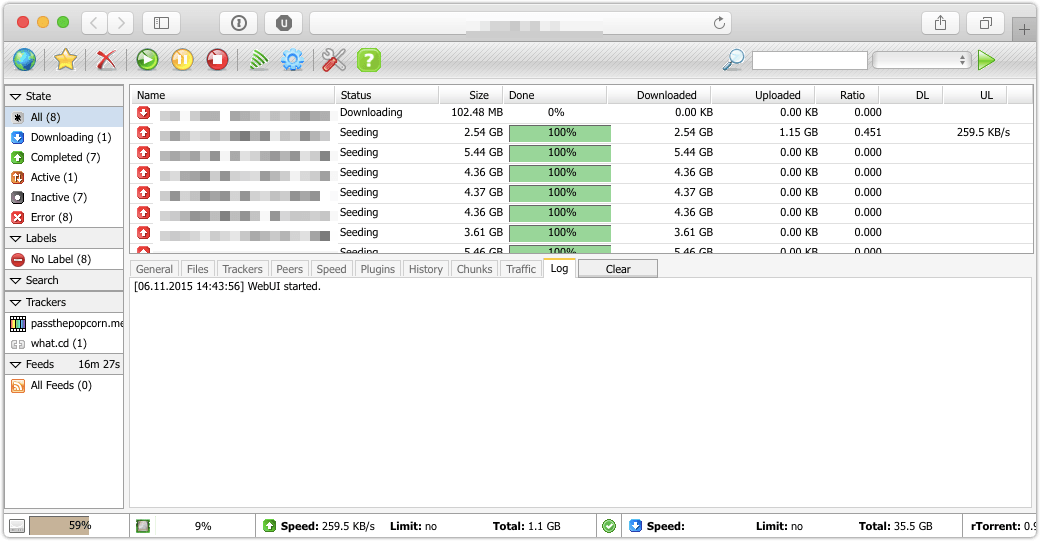 Stuff you may not know about console

Group so that you can collapse/expand messages within a group.

I’ve been doing Node.js professionally for roughly 2 years. During that time, I’ve learnt a thing or two that keeps me away from troubles.

Use Promise instead of callback

ES6 gets native Promise already but if you prefer something more convenient that 3rd-party libraries offer, pick something like bluebird (it’s really really fast). Stay away from Q. I mean, just look at this.

Do not trust developer’s semver practice

use npm shrinkwrap instead

Personally, i would prefer npm support something like --save-exact flag. That would be awesome.

You already have enough bug fixing jobs on your plate. Don’t import more from others’. There are several things that go into consideration when i need to install an extra package:

Respect the code convention. The ultimate goal is having code written by different developers, looks as if they were written by the same person.

Get yourself ES6-ready in Node.js: arrow functions, map, generators, etc..

I don’t usually have the need to do this but it would be fun practice to build a npm module by packaging some C++ libraries.

Atom is slow but that's okay

I started using Atom from one of those early beta build. I wasn’t impressed. At that time, it was really slow (still is), taking several seconds just to load the app, freeze frequently when I tried to open log file (few MBs) and a bunch of other small bugs here and there. So I went back to Sublime and just keep an eye on Atom once in awhile (I left it in /Applications untouched)

Recently, a colleague of mine was trying to convince me to try Atom again. So I fire up terminal, rm -rf ~/.atom and update the app.

You should remove old Atom config since Atom is very actively developed and may have changed a lot since last you tried the app.

Atom feels much more polished this time. Despite the slow startup time still there, I feel very compelled to stick with Atom this time. I understand that Atom probably never going to achieve Sublime’s speed (due to its nature) but that’s ok. Here’s why:

The interface and everything is closely resemble Sublime so the learning curve is rather shallow. In fact, few people wouldn’t know they are looking at Atom or Sublime without glancing at the menubar.

Atom has done so many right things out of the box

Atom has done so many right things right out of the box. Stuff like keyboard shortcuts feel a lot more intuitive than Sublime.

I know, i know that we can re-map Sublime shortcuts as well. I did exactly that at first but working right out of the box still feels a lot nicer.

The older I get, the lazier I become when it comes to tinkering with settings to get it right. I remember my 18-yo self would plays with all kind of registry keys on Windows XP for the fun of it. I’m not like that anymore. I just want to forget about the editor and start coding.

Most of the packages I used in Sublime is available on Atom as well; or at the very least, the equivalent exists.

I pretty much use vanilla Atom (default theme, default colorscheme) with a few packages installed: atom-alignment, atom-fuzzy-grep, auto-detect-indentation and highlight-selected. I highly recommend you to checkout atom-fuzzy-grep package. It allows you to use the_silver_searcher for fuzzy search your project. It’s freaking awesome and fast. Check it out.

Atom is actively developed by GitHub and community

It’s not that Sublime is abandoned but Atom development is much more active. It’s backed by GitHub and a huge open-source community vs few developers of Sublime. You know, the bus factors thing.

If you haven’t checked Atom in while (or at all), you should probably do. That’s my advice, coming from a hardcore Sublime fan.

Keep this cheatsheet somewhere in case you need a quick reference. 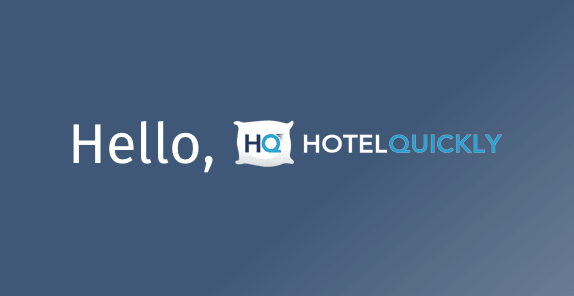 I’m very excited to let you know that I’m joining HotelQuickly as Node.js developer, working on their next generation API. I’m totally psyched about this as I have a chance to work with great people, dealing with mind-boggling challenges.

This is going to be fun.

Meanwhile, you can download HotelQuickly now for iPhone, Android or BlackBerry 10; get 500 THB credit by redeeming voucher code TANHB9.